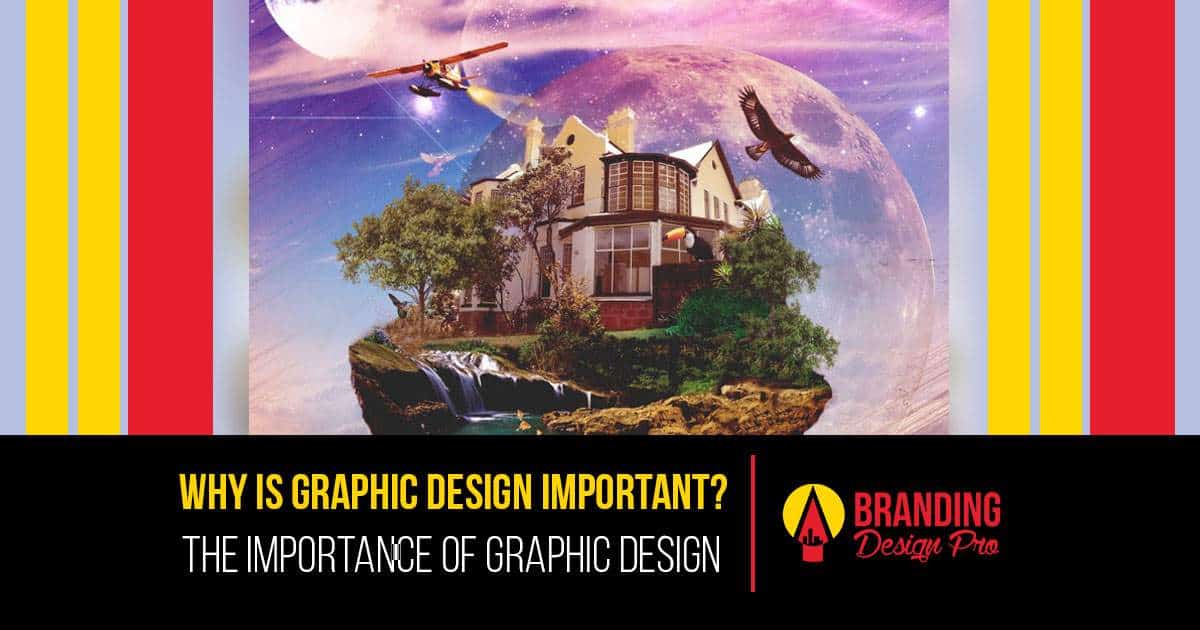 Every business shares the same concerns and similar obstacles— how to make its products (goods and services) appealing or attractive to existing and potential consumers in order to sell as much as possible. This is the place where graphic design comes in; it is an aspect of marketing communication which serves to make the products of a business appeal to the target market.

Whether the goal of a promotion is to win over new customers or persuade existing customers to start/keep consuming a product (brand loyalty), the use of graphic design is a good way of achieving these aims.

As the popular saying goes, an picture is worth a thousand words. Thus, it is logical to conclude that one of the best ways to register a brand in the minds of the target market is to convey its messages in visual or graphic format. This is especially true in modern times when it is generally agreed that the image has become the queen when content is considered king.

Indeed, the entire paraphernalia that goes into the branding of a business and its products revolves around a good use of graphic designs—from the logo, to the font, to the color(s), to the trademark, up to the packaging.

Moreover, even if a brand is poised to offer some mouth-watering promotion such as sweepstakes, raffles and lotteries, discounts, free gifts, bonuses, etc., the campaign may not achieve the optimal results envisaged if the packaging of the lacks a good graphic design to boot.

What major brands use graphic design to market their companies?

One of the major industries where graphic design is chiefly used to market companies and their brands is in the automobile industry.

Within that sector, mega companies and corporations such as the Ford Motor Company, Fiat Chrysler Automobiles and General Motor Company lead the pack in promotional and branding spending, heavily relying on graphic designs as they do.

With a combined advertising spending of $7.8 billion, these 3 corporations have been rated as the eighth, sixth, and third biggest money distributors in advertisement, promotional and branding globally.

Coca Cola is another global brand that constantly and massively utilizes graphic design in promoting its brand. Every so often, Coca Cola drops a new bottle design, or a novel PET plastic label design. 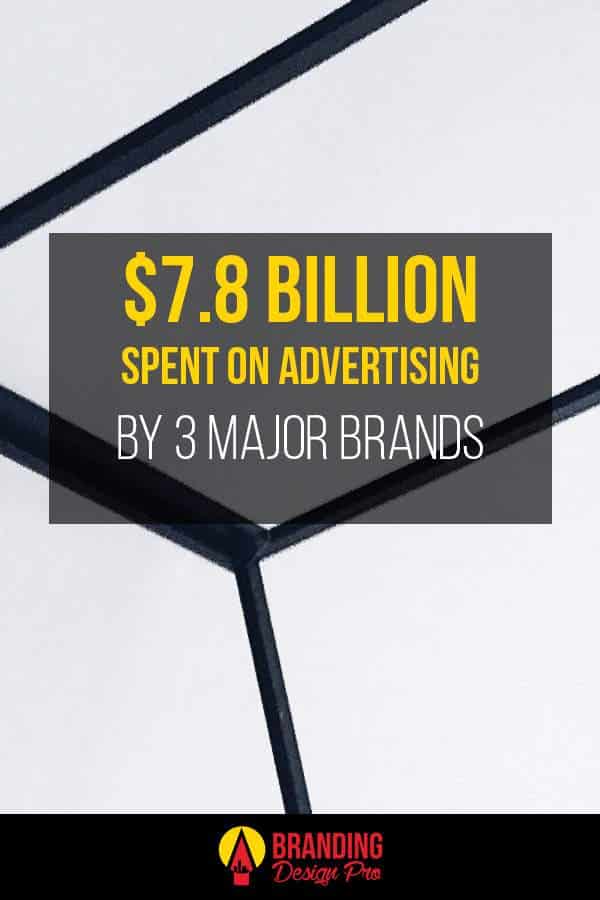 Advertisers Are Not Afraid of Spending

In fact, there is no doubt that there is practically hardly no remote recess or corner of the world where the Coca Cola script logo is not known regardless of the native language of the area.

Perhaps the world’s largest advertiser is Procter & Gamble with an advertising spending of a whopping $4.6 billion. In recent years, the company has shifted huge amounts of its budget to digital advertising, because it believes online ads deliver a higher return on investment than TV or print.

And it goes without telling that the digital media is one dominant platform where graphic designs are indispensable.

What is the role of a graphic designer? 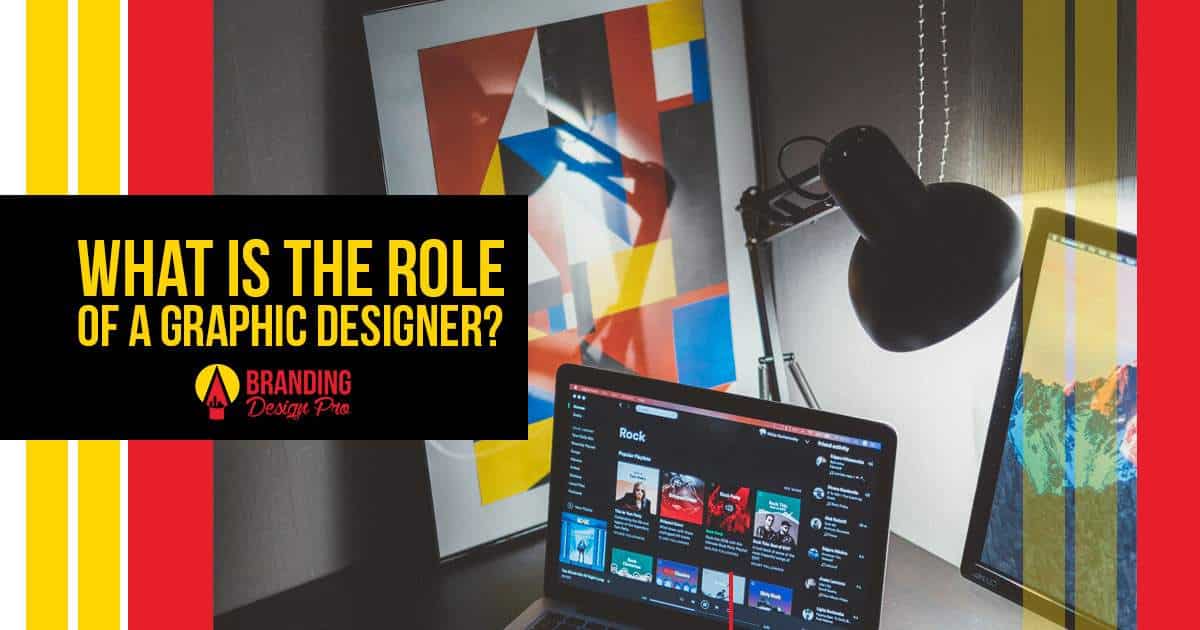 In defining the role of a graphic designer, it is apt to begin by explaining what is meant by the term graphics. Graphics is the presentation of information in the form of diagrams and illustrations instead of merely words or numbers.

In effect, if the expression of an idea comprises just plain texts or exists just in audio format (as in a radio jingle), it hard to categorize it as having anything to do with graphic design.

Thus, the principal role of a graphic designer is the interpretation of messages and projecting them in visual format using diagrams, shapes, pictures, colors, and minimal text. In effect, a graphic design can exist in visual only (print or soundless digital media), or audio-visual (video 3D, motion picture or animation graphics) formats.

In this particular context, the type of design outputs that is intended to be produced by the graphic artist or illustrator include business logos, packaging design, labels, info-graphics, advertisement, promotional, or other forms of marketing communication and so much more.

The role of the graphic designer in a business setting is to convert a brand’s message or idea into graphical concepts which are produced as designs and illustrations existing in the desired format or medium intended to project and promote the brand.

What skill should I hire for when looking for a designer?

The potency of a good graphic designer lies in his ability to tell an unmissable story without actually telling it. Put differently, minimalism is key. A graphic designer must be able to weave stories, ideas and concepts into pictures, diagrams, symbols, shapes and colors in ways that viewers can easily find relatable.

Equally, he or she must have good color sense. A good graphic designer must be able to blend and mix colors and hues beautifully in ways that appeal to the eyes of or creates a stimulating effect in the minds of the onlooker.

What is more, a great graphic designer for hire should have imaginations and be a creative thinker. He must be able to form mental images of ideas and concepts in ways that just anyone could get the gist of the tale he is telling with his works without him literally giving an explanation.

Nonetheless, a good graphic designer must know his onions. He or she must have a good mastery of the dominant tools used in preparing designs and making illustrations. 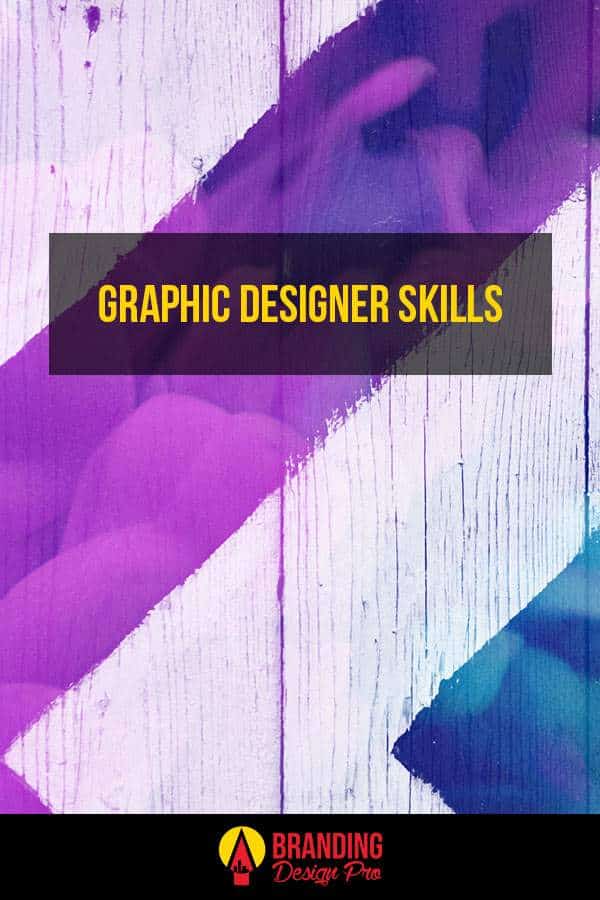 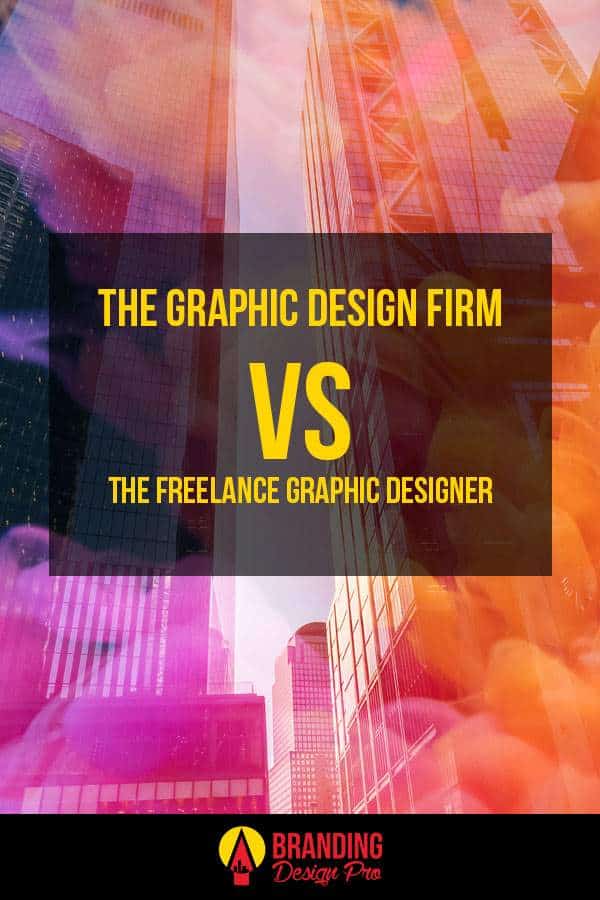 Between a graphic design firm and a freelance graphic designer, the difference, concretely, is usually in the area of scale. Yes, scale of operations and tools/machinery.

Because a graphic design firm is a full-fledged company—whether small, medium, or large-scale dedicated to providing graphic design services to clients, it is highly possible that it would have more capital at its disposal, more professional staff and more cutting edge high-tech machinery or tools than a freelancer.

However, it is not impossible that the freelancer could be more creative and more adept at the use of the basic graphic designs tools and softwares.

In effect, if the designers employed in a graphic design firm are not as terrifically creative or imaginative as the poorly equipped freelancer, their design outputs may struggle to beat that of the freelancer.

Thus, in essence, all things being equal, there is hardly any concrete difference between a graphic design firm and a freelance graphic designer except for scales of operations and available tools/equipment.

However, considering the legalistic sides of business, it could be taken for granted that a graphic design firm would be duly registered and incorporated by the appropriate governmental authorities while a freelancer would have no legal representation as a business.

Besides the centrality of graphic design to business and marketing, it adds color and spice to the world. Graphic designers continue from where nature and providence dropped the pen of art. Were that not so, a world without man-made designs and graphics would not have been boring and bland. But that is just what it is.

For instance, within the home in contemporary times, it is just not enough to paint a building or get some beautiful artworks to hang on the walls. Today, even interior design involves impressive involvement of graphic designs. In the same manner, contemporary architecture, structural designs, lighting, fashion/garment design, indeed, virtually every aspect of human life can not exist without the masterful input of the graphic designer.

To imagine a world without graphic designs is, in part, to think of a world without a sign to direct people as they go on the streets and highways; or one in which every house is built just the same size and shape, painted the same color.

Every garment, shoe and jewelry takes just about the same premodern crude styles and with no peculiar branding; and wherein every printed or handwritten material takes the same typeface or script. No doubt, such a world will be too dull to live in, not to mention enjoy.

Indeed, graphic design is an incredibly important aspect of human life and living in the modern age. It touches on virtually every dimension of our being—spiritual, psychological, emotional, aesthetic, physical, material, etc.

A Brief History of Graphic Design 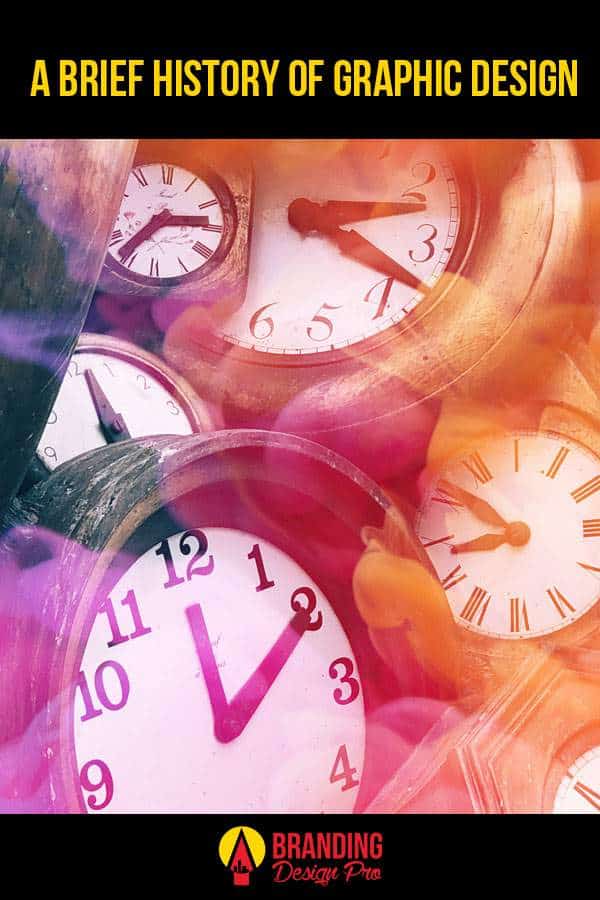 A brief history of graphic design

Early graphic designs came in the form of what may today be termed as crude writing systems.

These include the Egyptian hieroglyphics (an ancient picture/symbol writing system dating back to circa 2920 BC and later used in recording the Hammurabi Code (c. 1770BC); the logo-syllabic systems of writing; the cuneiform, the Chinese calligraphy, the semi-alphabetic writings and so much more.

Equally noteworthy in the early evolution of graphic design is cave art which takes the form of paintings, drawings, and engravings on cave walls, and discovered primarily in northern Spain and southern France.

From these age-long early beginnings, graphic design has continued to evolve and be improved upon considerably, and the craft of producing designs itself has become more and more technologically and digitally based.

The advancement of the computer and other modern technologies and softwares have greatly aided the modern day graphic designer and his craft in many ways.

Putting these tools to efficient use, the graphic designer’s works are much more enthralling and beautiful as they get easier and faster than without them.

Should you hire a graphic designer or illustrator for your project?

Most definitely! Indeed, if one does not have a graphic designer on his or her project team, then it as good as having an inefficient or incomplete project team for real.

The emotional and spatial intelligences, imaginative power and creative charm of the graphic designer or illustrator cannot be traded for anything. In fact, it is absolutely unmistakable to tell between a project with a team that has a graphic designer amongst it and one that does not.

Without a graphic designer, the impressive works of a team is, more often than not, given a poor—if not inappropriate or bad—expression.

The potent imagery and enthralling effect that the graphic illustrator is able to register in the minds of any onlooker is lost to a project whose team ignores the place of graphics. Because, for the most part, the way to a

Except a project is exclusively intended for blind people, there is always a need for a graphic designer on any project team.

Even when something is being made exclusively for the blind, graphic design still comes into play, because in the case of shopping for braille materials or the white cane, for instance, a manufacturer of these products still has to endeavor to persuade the seeing parent or guardian of a blind child/ward to choose its brand. 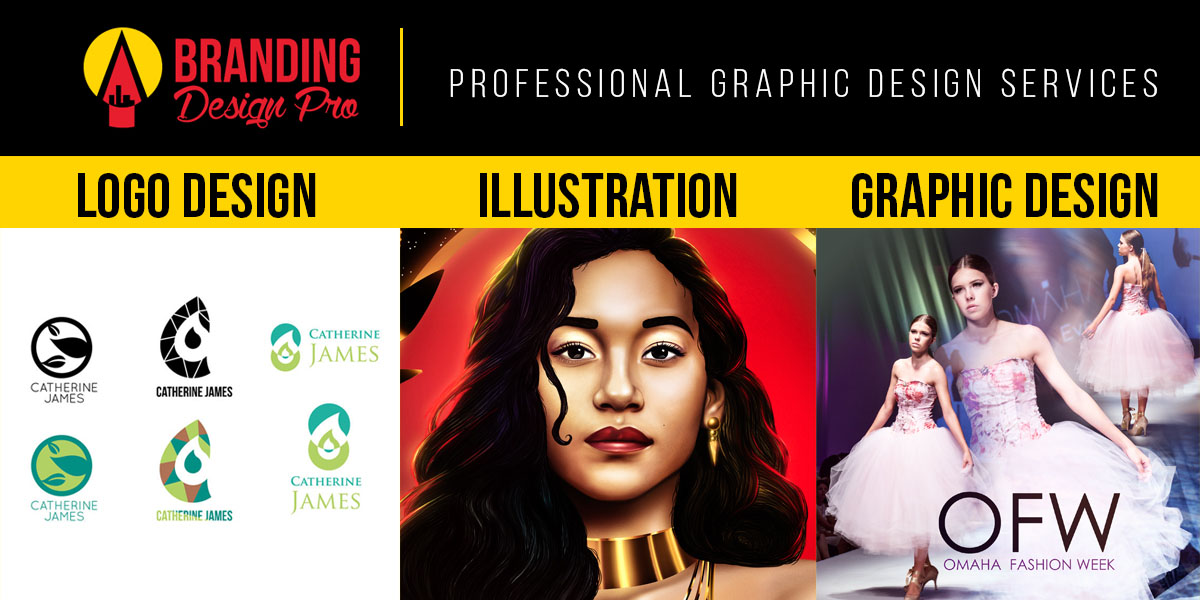 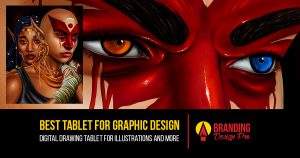 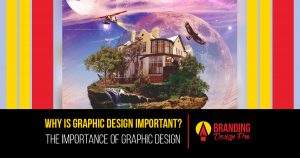 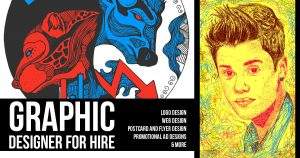 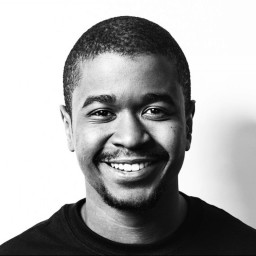 I am always pushing the boundaries of my own imagination whenever I create an artwork. Whether it is a digital painting, traditional painting, or pen and ink drawing, I challenge myself with each creation. Follow me on Instagram @kenallouis to view stories and my most recent works in process and the ones I don't share on the website.